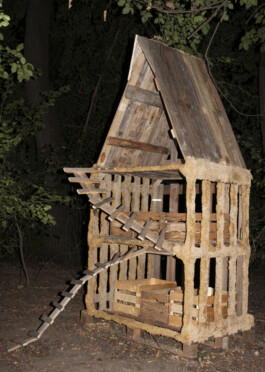 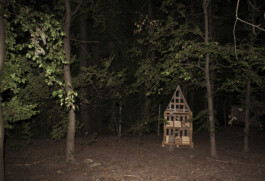 The work I sometimes wish to be eaten up (and swallowed whole) was carried out during the Uva residency near Nizza Monferrato; an agricultural town in northern Italy that built its social and economic apparatus on the private ownership of land, on fences, and on separation. Among the various entities that the place puts into play, a group of hens inhabits the space of the residence in a relationship that explicitly repeats the macro-theme on which they reason. Enclosed in their hen house, the cage and the boundary become protection for them in exchange for the exploitation of their biological functions and their survival. In their interaction with a cage-house covered in feed, one imagines a utopian, albeit partial, reversal of the cage itself, which can be eaten, pecked at, destroyed, once out of the possession of those who built it, it becomes a device that opens up to unforeseen and profane uses. The cage-house now bears the visible signs of its having been inhabited and consumed. 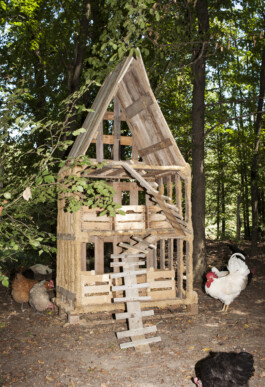 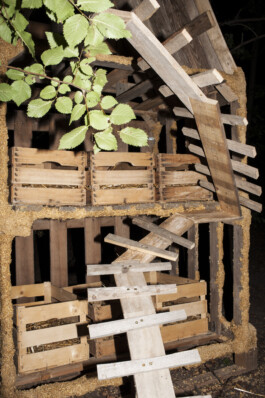 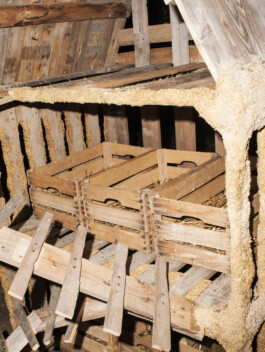 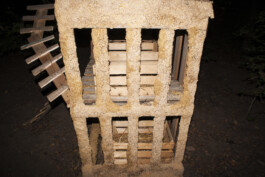 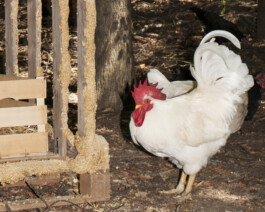 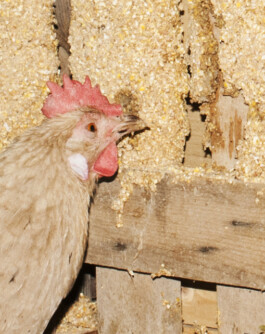 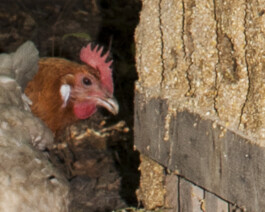 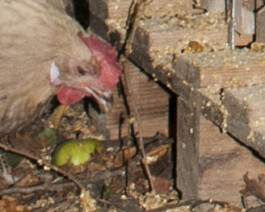 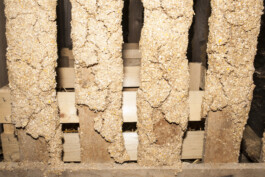