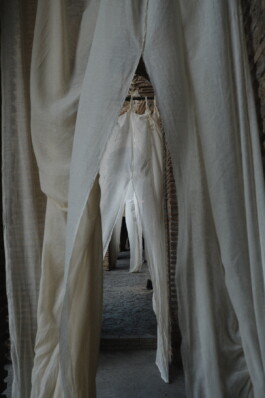 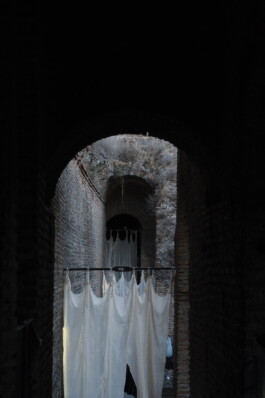 Archival photographs and sketches of the architect Luigi Walter Moretti’s work depict the interior of Porta San Sebastiano. Unlike today, long draperies, hunting trophies and collections of weapons used to crowd the rooms of the ancient Roman fortification. In 1939, Moretti devoted himself to the task of adapting today’s Museo delle Mura into the private residence of the secretary of the National Fascist Party, Ettore Muti. The apartment was later looted by the people in 1943, following Muti’s death. The only visible remnants of this past are the fascist mosaics still standing in the west tower of the Porta.

Plans for interior furnishings including chairs, sofas and a small table also appear in the papers of the Central State Archive, but what is most evident in this documentation is the presence of curtains used as architectural and decorative structures inside the Porta. Curtains that became part of the interior, of the layers of history accumulated inside the Mura, absorbing them as their own. Fascism’s appropriation of this space within the creation of a historical and ideological continuity of the memory of ancient Rome, begs the question, what similarities does it bring into our contemporary? How do we live and pass through this space, together with all the other spaces saturated with various ‘relics’ and memories of Fascism present and preserved in Rome today?

The curtains, appearing bare and ghostly become past and abandoned, but nevertheless act as present forces that transform the spatial connotations of the museum’s external walkway. They recreate the reality of what we see, whilst also dictating the way in which it is presented to us and thus, the way we understand and consume it. What happens behind and in front of these curtains, in the hidden spaces they produce, where we are unable to see? 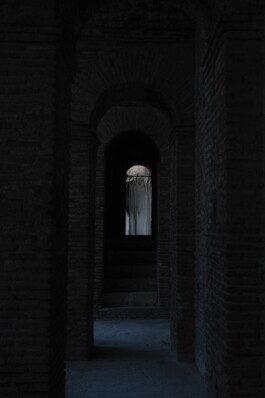 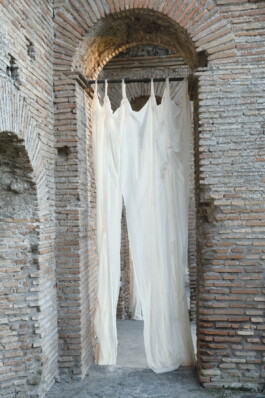 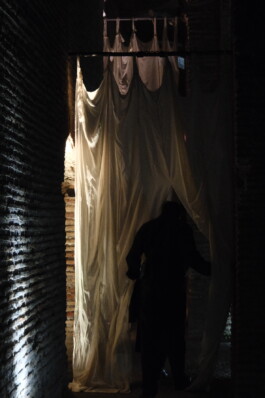 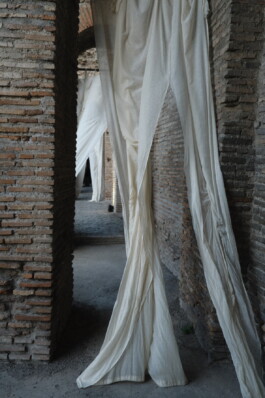 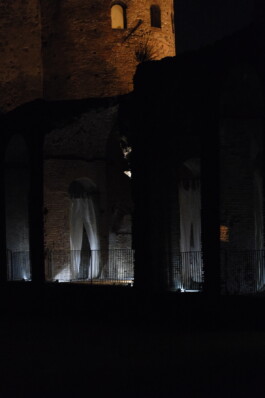